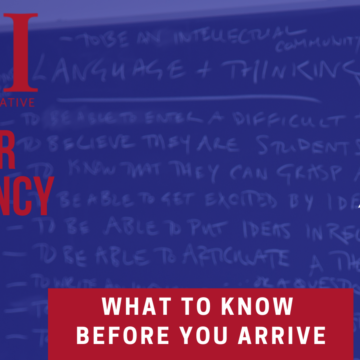 Schedule Check here for information on the workshops and schedule for the week. A more detailed printed version will be provided at check-in. Getting Here For directions and area information, please refer to the Bard College Visitors page, here. The nearest train station is in Rhinecliff. Visit… Read More 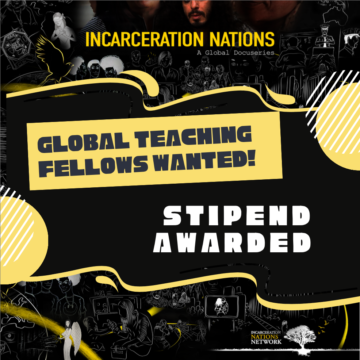 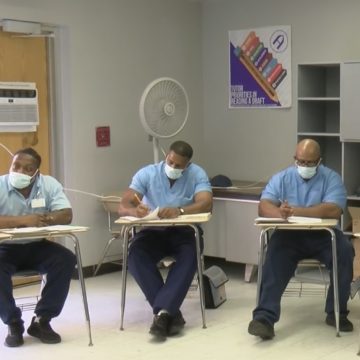 Earlier this year, BPI proudly announced its newest member of the Consortium for the Liberal Arts in Prison: the Augustana Prison Education Program (APEP). BPI launched the Consortium in 2009 to facilitate the further establishment of college-in-prison nationwide. The Consortium currently represents fourteen colleges… Read More 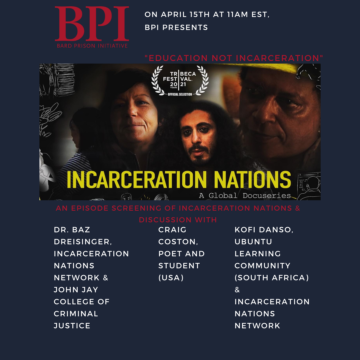 Bard Prison Initiative Consortium For the Liberal Arts In Prison Film Screening: "Education Not Incarceration" BPI is proud to kick off a new partnership with Incarceration Nations Network and the Open Society University Network, which supports educational projects in carceral spaces outside of the United… Read More 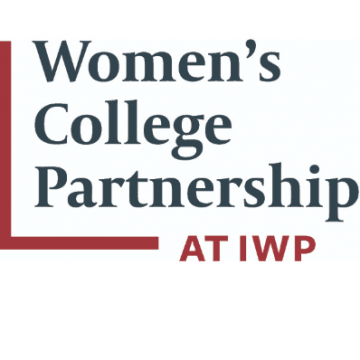 Dear colleagues, faculty, partners, and friends of WCP, We are elated to announce our two-year anniversary at the Indiana Women’s Prison. We are extraordinarily proud of the ways our students and faculty have adapted to the many challenges presented this past year and their unwavering commitment… Read More

Tanya Erzen, founder and former executive director of Freedom Education Project Puget Sound, a partner in BPI's Consortium for the Liberal Arts in Prison, warns that in-person learning can't be replaced with tablets in prison. This article, reproduced here, first appeared in Inside Higher… Read More 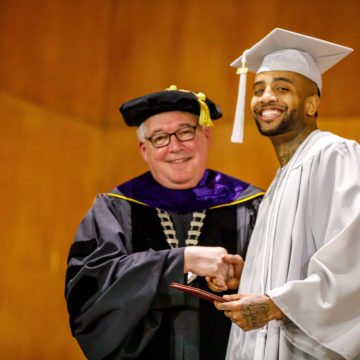 PEI will graduate its first class of Associate of Arts candidates in a Commencement ceremony that will take place at Great Meadow on June 13, 2020.

“This Commencement ceremony will be an important moment for us, celebrating the hard work and academic achievement of our graduates and the success of the program,” said Annabel Davis-Goff, Director and Co-Founder of PEI. “We are proud of our graduates and grateful for the partnership between the College, the Department of Corrections, and the administration of Great Meadow that makes it possible to offer the same high-quality education at Great Meadow that is offered to students on Bennington’s campus.”

One in every seven people, and one in five African Americans, currently in prison are serving a life or virtual life sentence. In New York State, it is one in five, according to the Washington, DC-based The Sentencing Project. In maximum-security facilities such as Great Meadow, this proportion is even higher.

Those who are awarded degrees while in prison and are later released have a reduced rate of return to prison (recidivism) and higher rate of employment. For those PEI students who do not re-enter society, this academic experience can have a positive impact on both their own quality of life and that of their family members.

“The Prison Education Initiative embodies many of the core values on which Bennington was founded,” said Isabel Roche, Interim President of Bennington College. “We believe in the unique ability of higher education to enlighten and empower, and in our responsibility to help foster a more just and equitable world.”

PEI’s education-first model encourages students to exercise meaningful agency in their pursuit of education. Students develop personal educational aspirations and contribute toward the collective academic community, and their participation in higher education programs changes the culture of the prison, making it a safer place for both incarcerated students and staff.

As a member of the Consortium for the Liberal Arts in Prison at Bard College, PEI’s presence at Great Meadow provides education to underserved upstate students farther north than any other consortium member. In 2016, PEI was also selected as one of the original sites for the Second Chance Pell Experimental Sites Initiative.

Bennington College is a liberal arts college in southwestern Vermont that has distinguished itself as a vanguard institution within American higher education. It was the first to include the visual and performing arts in a liberal arts education. It is the only college to require that its students spend a term—every year—at work in the world. Bennington students work intensively with faculty to forge individual educational paths around their driving questions and interests.

Rooted in an abiding faith in the talent, imagination, and responsibility of the individual, Bennington invites students to pursue and shape their own intellectual inquiries, and in doing so to discover the profound interconnection of things. 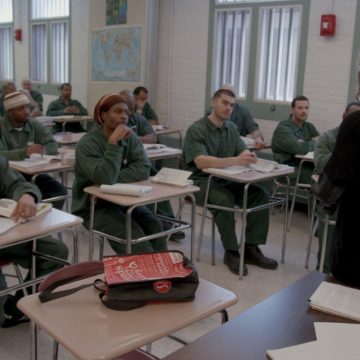 Emerson College launched the Emerson Prison Initiative (EPI) and joined the Consortium in 2017 with an initial cohort of twenty students at Massachusetts Correctional Institute at Concord who began coursework in the fall of 2017. With assistance from BPI, EPI is expanding course offerings… Read More

The Moreau College Initiative — a collaboration between the University of Notre Dame, Holy Cross College and the Bard Prison Initiative (BPI) — offers certain inmates at Westville Correctional Facility the opportunity to earn an Associate of Arts degree from Holy Cross College. The prison is located in South Bend and is a 45-minute drive from Notre Dame’s campus.

Steve Fallon, professor of humanities at Notre Dame, teaches a lyric poetry class at Westville Correctional Facility through the program.

“I always love teaching at Notre Dame and I love my undergraduate students,” he said. But Fallon is especially enthusiastic about his Westville class. “Whenever my classes were shortened or cancelled, I felt deep disappointment because I’m so energized.”

Fallon tells newly-recruited professors, “Teach the course you teach here on campus, teach the same level of difficulty, and [grade] the same way,”

Phillip Sloan, a professor in the Program of Liberal Studies has taught at Westville since 2013 and is involved in developing the science component of the curriculum. He currently teaches a course called “Mathematical Cosmos” at Westville. The academic foundation that the initiative provides prepares the students for future employment, Sloan said.

“I think the kind of training we give people would certainly enable them to get into positions where they could be involved with writing skills, public speaking and educational reform and so forth.”

Sloan believes that the Moreau College Initiative embodies what the American criminal justice system should be.

“What’s the purpose of incarceration? Is it a punishment, or is it reform?” he said. “If you believe in actual reform of the individuals, making them productive individuals when they come out of the system, that’s what this program is involved in. And I think I believe very deeply that this should be the purpose of our prison system.”

Scott Jackson, one of Fallon’s colleagues, visited his Shakespeare class at the prison and said, “It is the best functioning, just community I’ve ever seen.” Students at the Westville Correctional Facility take on the dual identity of student and prisoner. According to Fallon, this only makes them more eager to learn.

“It’s an experience which my colleagues and I find rejuvenating. We’re dealing with a population that’s unlike typical undergraduates who are expected to be in college.” Instead, they work with students who in most cases are “never expected to be in college, especially this kind of college. They’re extraordinarily thirsty and eager and grateful. I’ll teach a three-hour seminar and no one’s attention wanders.”

Students at Westville are intellectually curious and active and they form a collaborative learning community, Fallon said.

“I taught Shakespeare last year and when they were acting in class, they were incredibly mutually supportive of each other,” Fallon recalled, emphasizing how impressive this atmosphere is, as prison is a place where emotions need to be carefully guarded.

“They’re very open with each other,” Fallon said, explaining that the formation of a mutually-supportive learning environment undeniably perpetuates students’ intellectual and mental growths at Westville.

On the first day of classes, Sloan interviewed each of his students, wanting to understand how much educational preparation they had coming into the classroom. He often asked what students did for work prior to prison. “One young man told me, ‘I sold drugs and robbed people,” Sloan said.

The response spoke to the harsh reality many of the men in the Initiative face, and Sloan said it was difficult for that student to move forward.

“This was the way he began the course, with that kind of attitude. But about halfway through the semester, he really seemed to come alive and participate in the discussions. Then I met him again at graduation last May. He was getting his two-year degree,” Sloan said.

“College Behind Bars,” a film, which will be released by Lynn Novick in Nov. 2019, is a four-part PBS documentary series that follows a group of prisoners as they work to get an education through BPI, an intensive prison education program similar to the Moreau College Initiative. According to a preview of the film, in the 20 years since BPI was founded, more than 500 alumni have been released and fewer than 4% have gone back to prison.

An inmate in the preview explained how important BPI was to him. “A friend of mine forced me into the program. It was probably the kindest, most loving thing a person has done for me,” he said.

Another inmate talked about how BPI instilled him with value: “Just because we’re in prison, we’re not animals. What defines us is our minds and our hearts.”

“We think that it’s very important for all universities, particularly for a university like Notre Dame, which has a strong emphasis on social justice, to share our intellectual resources with underserved communities,” Fallon said. “We feel we have a responsibility to share the resources with those who have been marginalized in society.”