BPI launched Restart in 2018 through the generous support of the National Science Foundation to build bridges between computer science training in prison and computer science entrepreneurialism after prison. Through the Restart program, BPI explored the question: "does informal learning offer an under-utilized pathway for… Read More 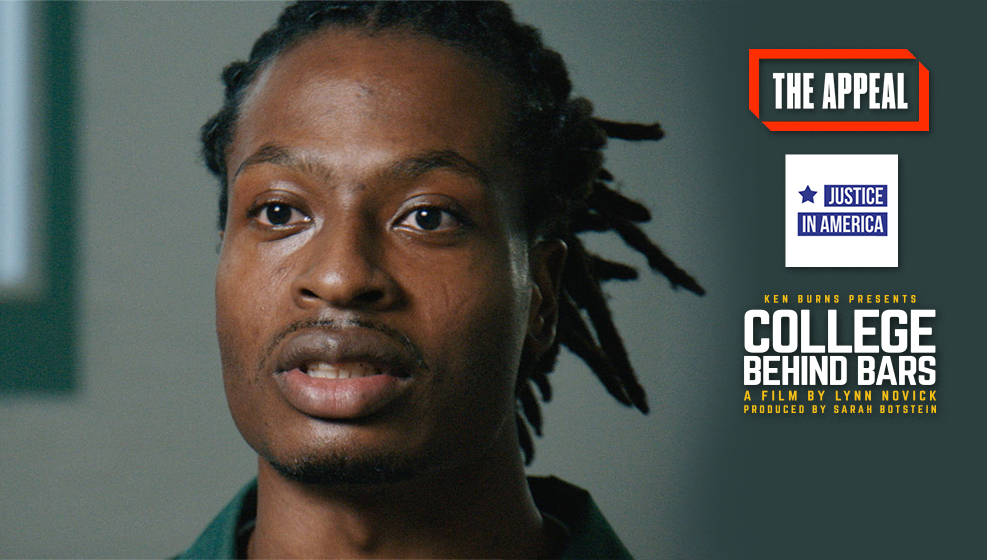 The Appeal featured several segments about BPI in two Justice in America podcast episodes, as well as an op-ed. Check out more details below:

Josie Duffy Rice and co-host Derecka Purnell are joined by Dyjuan Tatro ’18 and Wesley Caines ’09 along with filmmakers Lynn Novick and Sarah Botstein to talk about education in prisons, the Bard Prison Initiative, and the documentary College Behind Bars.

Justice in America Episode 30: A Conversation with Rodney Spivey-Jones and Max Kenner

In this episode, Josie Duffy Rice and her producer, Florence Barrau-Adams, travel to Fishkill Correctional Facility in Beacon, New York, to interview Rodney Spivey-Jones ’17 and Max Kenner ’01 about the Bard Prison Initiative and Bard College. 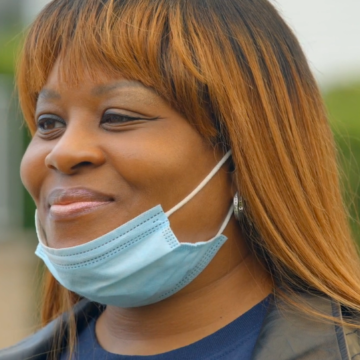 As we close out the end of our academic and fiscal year, we are sharing short films of Bard Prison Initiative Public Health Fellows, each of whom have come to the fore as voices of experience and leadership in public health across New York… Read More 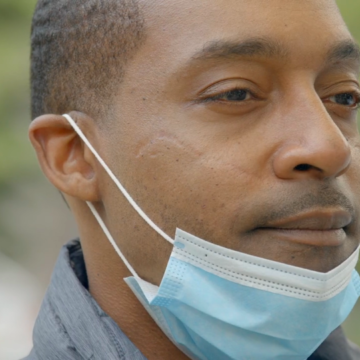 As we close out our academic and fiscal year, we are sharing short films of Bard Prison Initiative Public Health Fellows, each of whom have come to the fore as voices of experience and leadership in public health across New York City. Hancy Maxis ‘15… Read More 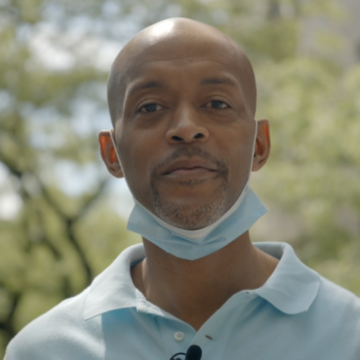 As we close out our academic and fiscal year, we are sharing short films of Bard Prison Initiative Public Health Fellows, each of whom have come to the fore as voices of experience and leadership in public health across New York City. Ato Williams ‘12,… Read More 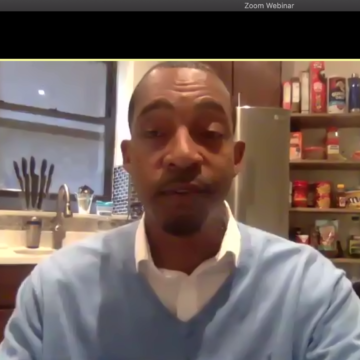 Hancy Maxis ‘15 was voted to address the faculty, administrators, and his fellow students, along with their families and friends at the virtual graduation ceremony for Columbia University’s Mailman School of Public Health, Health Policy and Management Department. BPI faculty, staff, and alumni tuned… Read More

In this episode, Josie Duffy Rice and her producer, Florence Barrau-Adams, travel to Fishkill Correctional Facility in Beacon, New York, to interview Rodney Spivey-Jones and Max Kenner about the Bard Prison Initiative and Bard College.

In January 2020, Josie Duffy Rice and her producer, Florence Barrau-Adams, traveled to Fishkill Correctional Facility in Beacon, New York, to interview Rodney Spivey-Jones and Max Kenner. Max is the founder and executive director of the Bard Prison Initiative, and Rodney received his bachelor’s degree from Bard College in 2017 through the Bard Prison Initiative. Rodney has been incarcerated for 17 years and is currently incarcerated at Fishkill. Both are featured in the PBS documentary series College Behind Bars. They joined Josie to discuss why Max started BPI 20 years ago, Rodney’s experience as part of BPI, and what he hopes to do upon his release.

Listen to podcast below:

Justice in America is available on Apple Podcasts, Soundcloud, Sticher, GooglePlay Music, Spotify, and LibSyn RSS. You can also check us out on Facebook and Twitter.

Prisons, one graduate writes, should be institutions of learning, not ‘wastelands’ that willfully overlook human potential.

A few weeks ago, I was sitting at a library table with several other tutors, discussing strategies for supporting first-year Bard College students. One colleague suggested that we organize a workshop to introduce students to creative writing. Another said we should teach sentence structure and paragraph cohesion. Mentally, I took a step back for a moment and really looked: Here we were, 10 men surrounded by books and the tapping of computer keys discussing tutoring strategies inside a New York state prison.

I have been incarcerated since I was 19—nearly 18 years. I know that many Americans are convinced that the conditions in which incarcerated men and women like me live—the stifling heat and the frigid cold, the enforced idleness, the abuse that sometimes leads to death—are well-deserved, that all of this is justice. If prisons are supposed to be finely tuned instruments of punishment, they succeed 100 percent of the time.

But if prisons are meant to rehabilitate, they are failing. They destroy mental health and crush dignity, right before propelling us back out into the free world—broken and disillusioned. Indeed, the national recidivism rate is 83 percent; in New York, more than 40 percent of people released from prison are back in prison within three years. The doors to prison are well-worn turnstiles and everyone pays the price—$50 billion per year—over and over again.

As a country we could try to imagine a society that throws no one away, an America determined to educate every one of its citizens regardless of criminal history. Prisons—if they must exist at all—should be institutions of learning, where incarcerated citizens consider the importance of community building and civic engagement. They should be universities, not vast wastelands of soul-crushing misery and discarded human potential.

“Education is the purest form of rehabilitation,” Anthony J. Annucci, acting commissioner of the New York State Department of Corrections and Community Supervision, has rightly observed. He was referring to programs like the Bard Prison Initiative (BPI), through which I earned a Bard College bachelor’s degree. Many who share his view rely on recidivism rates to measure success. Reduced recidivism means improved public safety. Among BPI alumni the recidivism rate is just 2 percent, a fraction of the state average.

However, the value of a rigorous liberal arts education is greater than reduced recidivism and tax savings, greater than getting jobs and staying out of trouble. In the classroom we begin the heavy lifting of self-examination, considering our place within and effect on the world. Struggling to parse difficult texts gives us an opportunity to explore the human condition, and in the process examine layers of our own humanity. In the space that colleges create within prisons we begin to appreciate how our actions, and our absences, affect our communities, and we take these lessons with us.

After leaving prison, many BPI alumni join nonprofit organizations, participate in local politics, and, to the extent possible, repair the harm we’ve caused. Many of us know that we owe a debt impossible to discharge, yet we attempt to do so because a liberal arts education cultivates and nourishes a sense of accountability and community.

Believing that incarcerated citizens constitute a separate and distinct population can give the country only a false sense of comfort and security. No matter how hard we try, no matter how justified we feel, America cannot amputate more than 2.2 million people from the social body. Ninety-five percent of us will return; if nothing changes, most of us will return ill-prepared to make meaningful contributions to society.

There is a clear choice.

America can have wastelands of discarded human potential, and all of the “success” that produces—high incarceration rates, more crime, and more hurt people—or institutions that promote intellectual growth and civic engagement. We cannot have both.

Rodney Spivey-Jones received his bachelor’s degree from Bard College in 2017 through the Bard Prison Initiative (BPI) and is featured in the PBS documentary series “College Behind Bars.” He is incarcerated at Fishkill Correctional Facility in Beacon, New York

Josie Duffy Rice and co-host Derecka Purnell are joined by Dyjuan Tatro and Wesley Caines to talk about education in prisons.

On this episode of Justice in America, Josie Duffy Rice and her co-host Derecka Purnell talk about education in prisons. They’ll discuss the impact of having access to education, the dire lack of available programming, and what happened to prison education after the 1994 crime bill. They’re joined by Dyjuan Tatro and Wesley Caines, alumni of the Bard Prison Initiative. The Bard Prison Initiative is a college program offered through Bard College in six New York State prisons. It’s also the subject of a critically acclaimed new documentary series on PBS, called College Behind Bars.

Listen to podcasts below:

Bonus: Interviewing the creators of College Behind Bars

In this bonus episode, Josie Duffy Rice and her co-host Derecka Purnell talk to Lynn Novick and Sarah Botstein, the creators of College Behind Bars. College Behind Bars, which was directed by Novick and produced by Botstein, is a four-episode documentary series about the Bard Prison Initiative, one of the most innovative and challenging prison education programs in the country. Josie and Derecka talk to Sarah and Lynn about the years they spent making the film, what they learned, and the future of prison education in America.

To watch College Behind Bars, find out more at PBS. You can also watch it on Netflix.

More information about BPI can be found here.

The Prison Policy Initiative has a wealth of resources on education in prisons.

For more information about programs that currently exist, check out the Prison Studies Project, which can be found here. 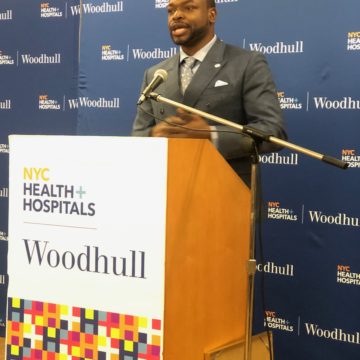 Congratulations to BPI alumnus Joe Williams '13 who was honored tonight at the Annual Black Leadership Celebration in Brooklyn, hosted by Councilman Antonio Reynoso and Congresswoman Nydia Velazquez in recognition of his work in the community. Williams completed his Associate’s Degree with BPI in 2011… Read More