PBS documentary shows how higher education helped me remove the shackles of incarceration. College degrees in prison can do the same for others.

I am choosing to publicly out myself as a convicted felon in this column. Let me tell you why.In March of 2005, when I was 16 years old, I was arrested for my involvement in a fatal street fight. I was incarcerated for 11 years and 6 months. While in prison, I earned a GED, completed vocational training and satisfied other mandatory programs. None of this was as meaningful or as transformative as my pursuit of higher education.

For most, prison is an experience without purpose. It is traumatic, exhausting and emotionally and physically damaging. Because our criminal justice system prioritizes punishment over genuine rehabilitation, prison often does not adequately prepare people to return to society. But I got lucky. While incarcerated at New York’s Eastern correctional facility, I was able to attend college through the Bard Prison Initiative (BPI). It was one of the hardest challenges of my life. I took the same classes as students at Bard College — a private, liberal arts school in Hudson, New York.

My educational experience before then had been almost entirely prescriptive. I knew school as a place where educators told me what to memorize, what to think, what to know. It did little more than make me a passive learner, a receptacle for information.

In the coursework, I found myself. My professors required me to develop my own opinions about history, literature, philosophy and science. My real education started with a simple yet profound question: What do you think?

In many ways, my academic journey was like emerging from Plato’s cave. Just as the cave dwellers — who were hindered by physical chains — could only interpret shadows as reality, my way of thinking about the world had created mental, emotional and psychological chains that, in part, put me behind bars. Education helped me begin to unshackle them. 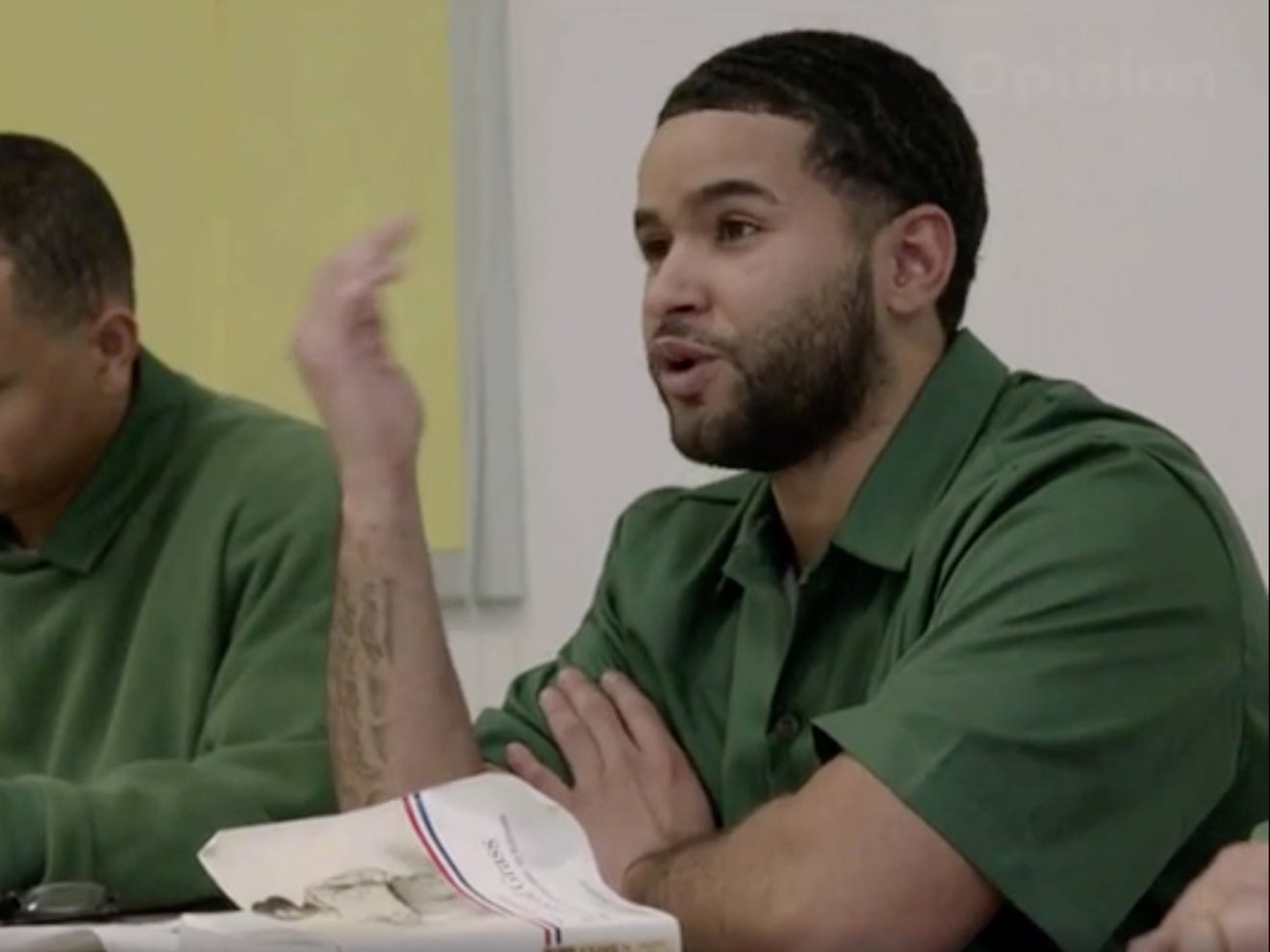 Giovannie Hernandez spent more than 11 years in prison. He graduated from the Bard Prison Initiative, and was released from prison about three years ago. Credit: PBS/Skiff Mountain Films

Each semester in the program brought new challenges — new essays to write, new concepts to grasp, new themes to explore. Each course I took brought me further out of my proverbial cave and closer to a real understanding of myself and the world. My education trained me to think critically, to challenge conventional wisdom, to spot inconsistencies, to interrogate my own opinions and ideas.