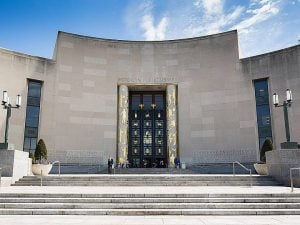 The Brooklyn Public Library is an imposing building, with a 50-foot tall entryway portico and towering columns adorned with gold-leafed art. Since its completion in 1941, millions of people have walked through them in search of knowledge, culture, and, yes, books.

But in 2017, more than three-quarters of a century later, the doors will open to a new demographic and provide a service previously unavailable to many. Next year, the library will become a college.

In January, the Brooklyn Public Library (BPL) will partner with Bard College for what is believed to be a first in the United States, according to Charlotte Crowe, assistant to the president at BPL: the public library will double as a free, credit-bearing liberal arts institution geared at serving low-income students.