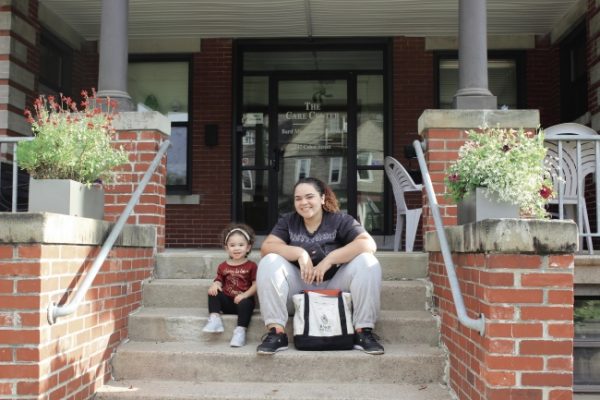 From day one, teachers encourage the young mothers in the Care Center’s dynamic high-school equivalency program to set their sights on higher education. And the message seems to take. Three quarters of students who earn their GED enroll in college.

But when the Holyoke, Mass., nonprofit tracked down alumni, it learned many weren’t earning college degrees. The group had to act, says Anne Teschner, the center’s executive director.

“You just aren’t going to make it economically with a GED with a child or two,” she says.

The Care Center’s answer was to team up with Bard College to create an associate-degree program: Bard Microcollege Holyoke.

Bard has experience with alternative forms of higher education. Since 1999, it has run a rigorous academic program for inmates in New York State prisons to earn college degrees. For the Holyoke project, Bard oversaw the accreditation process and hires the professors. The Care Center provides child care, medical services, transportation, and other support that makes it possible for the young women to pursue their degrees.

The program, which started in the fall of 2016 and currently serves 35 young women, costs roughly $10,000 annually per student. The plan is to grow to 100 students by the fourth year, at which point Pell Grants should cover nearly all of the expenses.