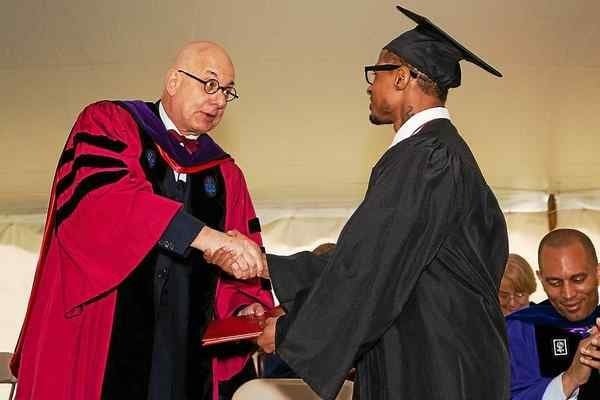 WOODBOURNE >> The Bard Prison Initiative celebrated its 14th commencement at Woodbourne Correctional Facility, a medium-security prison for men, on June 11, when 30 students were awarded associate in arts degrees.

Another Bard Prison Initiative graduate, who had been released from prison in October, received his bachelor of arts degree in May during Bard College’s 156th commencement on Bard’s Annandale-on-Hudson campus.

Since 2001, the Bard Prison Initiative has provided college opportunity inside the prisons of New York State. Begun as a pilot program with 15 students, BPI now enrolls 300 men and women inside maximum-security prisons at Coxsackie, Eastern New York, and Green Haven, and medium-security prisons, Fishkill, Taconic, and Woodbourne.