From Inside Higher Ed. 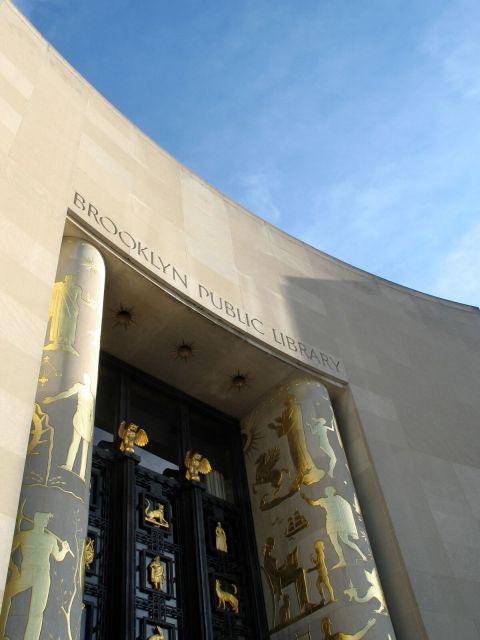 The local public library is a treasured (if sometimes forgotten) American institution, free and open to all. Recognizing this, Bard College has opened a satellite college in the main branch of the Brooklyn Public Library in New York City, offering disadvantaged students a free pathway to higher education.

The so-called microcollege, run by the private liberal arts college and Brooklyn Public Library, welcomed its inaugural class in January. Seventeen students, all of whom have each confronted hurdles to higher education — including poverty, homelessness and incarceration — were accepted to the two-year associate degree program.

Delia Mellis, the prison initiative writing program’s director, is overseeing an intensive writing course, Susanna Kohn is teaching grammar, while Lara Pellegrinelli will lead an ethnomusicology class. The courses are similar in structure and level to those offered at Bard’s main campus in Annandale-on-Hudson, N.Y., Kaza said.

In keeping with the college’s unconventional nature, the application process was conducted in an alternative way, too, devoid of standardized test scores and requests for extracurricular activities. Applicants were required to interview in person and write an essay on a text given to them at the library.

Of 1,000 applications, 17 students were selected, based on need, ambition and intellectual curiosity. Most of the students have a connection to Brooklyn, Kaza said, although some live as far away as the Bronx. The student body is diverse, ranging in age, nationality, race, gender and sexuality, Kaza said. In this semester’s class, nine students are women while eight are men.

The program pays for several costs associated with studying in addition to tuition, including transportation, textbooks and a Google Chromebook.

The majority of costs will be paid for using a $450,000 grant from the Andrew W. Mellon Foundation, as well as through Pell Grants. Brooklyn Public Library is in the process of fund-raising to supplement other costs.

Max Kenner, executive director of the Bard prison initiative, said the university “shopped around” for microcollege locations, weighing museums and social services in Manhattan, but landed on the Brooklyn library for its cultural significance and its aesthetic appeal.

At the beginning of last year, Kenner and Linda Johnson, Brooklyn Public Library’s president and CEO, met to discuss opening a microcollege together. Johnson was thrilled by the idea and the two immediately got to work, turning the concept into a reality in almost exactly one year.

“We have the collections, we have all the materials that students need to study, we have a space that is not dissimilar from a campus,” Johnson said

Next semester, administrators aim to increase the intake at Bard’s Brooklyn microcollege by three times.

Brooklyn’s microcollege is Bard’s second: the first opened in August 2016 in Holyoke, Mass.

At Holyoke, classes are held at the Care Center, a nonprofit that offers services to young mothers completing their high school diplomas. While the Care Center sees positive results, as three-quarters of the program’s high school graduates go on to college, only 15 percent of these students complete their tertiary degrees. By opening a microcollege at the Care Center, students are able to continue studying without struggling with the burdens of money or parenthood.

The microcollege concept was modeled on Bard’s prison initiative, conceived in 1999 by then-Bard sophomore Kenner. About 300 inmates are currently candidates for an associate’s or bachelor’s degree across New York. The initiative is grounded in data: prisoners who receive a higher education while incarcerated are more likely to find a job when they’re released and are less likely to return to prison, according to a RAND Corporation study published in 2013. Among Bard graduates, 97.5 percent who were released from prison haven’t come back. 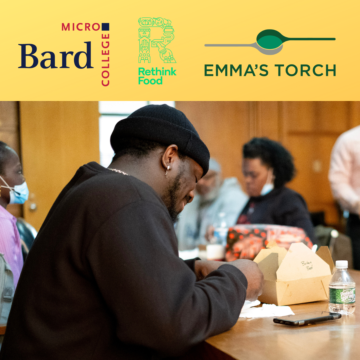 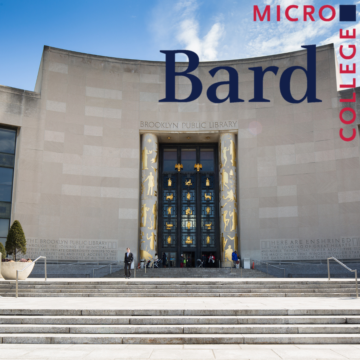