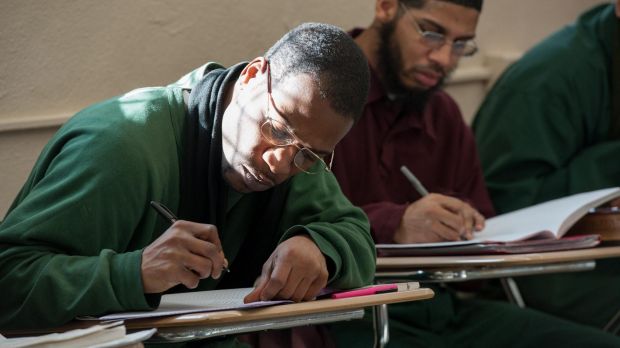 Follow inmates down a path, past a sign that reads “No Spitting on the Walkway”, to a squat brick building that houses a barber, a chapel, and – in the basement – a classroom where 14 prisoners are in an animated discussion on Darwinism with a teacher. It’s here that Bard College, a 150-year-old prestigious university in upstate New York, runs free tertiary degree courses for incarcerated men and women.

The Bard Prison Initiative made global headlines in 2015 when a team of inmates beat Harvard in a debating contest. That win was a small victory against what Max Kenner – who founded BPI in 1999 while a student at Bard – describes as the destructive policies of mass incarceration in the United States and an event that opened a door to show a link between incarceration and education in America.

“We know for sure that, since the 1970s, the United States has begun locking up more people for longer periods of time for smaller infractions of the law,” Mr Kenner told Fairfax Media during a visit to Fishkill.