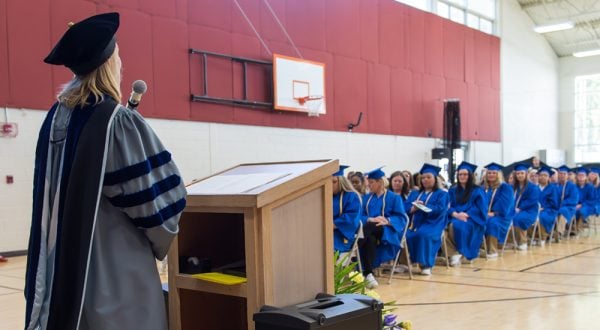 The Washington Corrections Center for Women is intimidating in its size and structure. Located in Gig Harbor, it is the largest women’s prison in Washington, housing more than 700 women of all security levels from across the state. High chain-link fences wound in wide loops of barbed wire on the top and bottom dominate the outer perimeter — which is the extent to which most people ever see the prison.

This backdrop — combined with dramatized representations of prison and prisoners on television — might lead one to draw certain assumptions about the women serving sentences inside. Labeled by society as criminals, incarcerated women are imprisoned both physically and mentally, entangled in their own histories and defined by negative stereotypes. The Freedom Education Project Puget Sound (FEPPS) seeks to help them create brighter futures for themselves by providing women in prison with access to higher education.

The idea that someone can identify as both an inmate and student might seem contradictory. However, due to the creation of FEPPS, plenty of women at WCCW shift between the two roles every day, juggling their jobs, social lives, and full class loads inside an institution that was built for anything but the rigorous pursuit of knowledge.