The 1994 Violent Crime Control and Law Enforcement Act has been in the news this fall, as Democratic candidates for president debate the pros and cons of a law which some charge was a major driver of America’s mass incarceration crisis.

About one component of the law, which eliminated Pell grants that supported higher education programs in correctional facilities across the U.S., however, there has been little debate about its impact. Thousands of inmates lost the chance to gain the educational skills they needed to help them find employment after release—and to successfully navigate the journey back to civil society.

A few initiatives stepped in to fill the educational void—most notably the Bard Prison Initiative (BPI), founded in 1999 by undergraduates at Bard College in New York State, which supports college-level classes for inmates in six state prisons. As the momentum grows for reviving Pell grants for incarcerated individuals, a new four-part PBS documentary executive produced by Ken Burns, College Behind Bars, examines the achievements of the BPI program.

The Crime Report’s Julia Pagnamenta recently spoke with Max Kenner, BPI’s founder, Jule Hall and Giovannie Hernandez, two BPI alumni featured in the film, as well as College Behind Bars director Lynn Novick and producer Sarah Botstein about the ways in which the documentary reaches beyond the BPI program to examine the failures and inadequacies of the U.S. educational system and the “moral argument” that has driven opposition to higher education in prisons, and ultimately the merits of a liberal arts education.

The conversation has been edited for space and clarity. College Behind Bars will air on local PBS stations on Nov. 25 and Nov. 26 at 9/8 Central Time, and will be available for online streaming.

The Crime Report: Max, you say in the documentary that BPI students aren’t treated any differently than if they were students on Bard’s main Annandale campus. Please elaborate.

Max Kenner: I think that as a college, we are in the market for terrific students. We are in the market for people who are eager to take advantage of what we have to offer, and we are proactive in trying to find those people who are otherwise not engaged by systems of higher learning, or [by] our colleges and universities in the United States. It’s both somewhat obvious once you think about it, and essentially tragic. [It’s] unbelievable, once you identify that last challenge, and take it on, that the first, and most obvious place to look for that wasted, disengaged talent in America is our sprawling, and unbelievably oversized prison system.

TCR: In the documentary, biology professor Mike Tibbetts says his students at BPI came with a “sense of urgency.” Did incarceration change your relationship to education?

We were asked to process on our own terms. How we understood it, and sort of guide it in a way that really developed my ability to process, not only ideas, helped me understand myself and my position in the world much more clearly. The way I make decisions now, it is more of a process. What is the worst thing that can happen? What is the best thing that can happen? What are the different ways that you can do this? That happens automatically now.

Jule Hall, former BPI student: The urgency came from the fact that we were adult learners, and we had been removed from the opportunities that education had provided us, and then while we were incarcerated, we started to realign our values to the things that we wanted to aspire to, and we saw education as a tool for that. 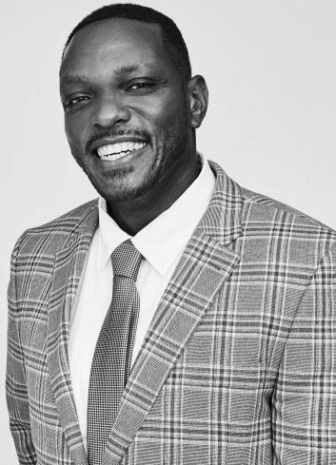 I would say that the way we engaged the program was not with a sense of urgency. We left that for Max [Kenner] and the administrators to be concerned with. Our urgency came from the idea that I want to absorb and learn as much as I can. This is something that is beneficial to me now in the present circumstance of being incarcerated, because it gives me a new perspective on the world, and how I could impact the world. But also we had that awareness that in the future, we will be released, and we wanted to be released in a manner productive for our families, as well as [for] the society we return to.

TCR: The political conversation around educational programs in prison has changed since BPI began in 1999. There’s an increase in bipartisan support for the grants, but a 2014 initiative by Gov. Andrew Cuomo for tax-payer funded educational programs in prisons was rejected. Opponents claim it would providing those convicted of crimes with a free ride paid for by taxpayers. Why is there such moral outrage?

Kenner: People who ran prisons, advocates, community members, and quite a few of victims’ rights organizations felt differently in the 1990s and early 2000s, than they do now. But there was still a general consensus of experts that college in prison, education in prison, was the best investment. So there was a disagreement in our community that went on for quite a long time about how to respond to the visceral [opposition] you describe. It took a lot of effort to persuade our colleagues that the fact that this work is (a) inexpensive and (b) saves enormous amounts of money in the future is actually unpersuasive.

College in prison at the time cost the Pell program about $35 million. (But) the same people who made that argument advocated for a bill which dedicated $10 billion to new prison construction. There was enough money in that bill to fund college for 200 years. So we couldn’t afford college, but we could afford the new prisons that actually made things worse. The vast majority of people who didn’t vote for the bill, or abstained objected to the low number of dollars dedicated to prison construction. $10 billion was not enough.

“The only way you can make real change is by persuading the public to think of people in the criminal justice system as real people.”

[Instead] we believe the only way you can make real change in this issue is by persuading the general public to think of people ensnared in the criminal justice system, people ensnared in prisons and jails, as real people. As people who could be family members, or neighbors. The moral argument carried the day in the 1990s, and it will carry the day today. People do not care about money in this context; and if they tell you they do, you should know you can’t believe them.

TCR: Which brings us to BPI’s funding. Most of it comes from private donations?

Kenner: Historically, that has been true. We are one of a very small handful of programs that came into being after the demise of Pell, and we are generally privately funded. That is less true now.

TCR: Recently, there has been a call for increased scrutiny over the origins of private funding. What are your thoughts on this? Would BPI even exist if there had been adequate government funding for higher education programs in the criminal justice system? 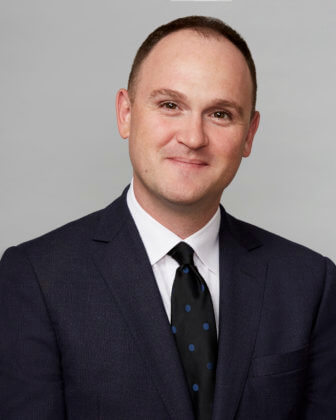 Kenner: There is no question that there are pros and cons to each. We couldn’t exist and raise money the way we do if we weren’t proximate to New York City. It’s become easier to do in different places as wealth inequality has skyrocketed and there are more rich people. Anyone can make their own moral judgment, value judgments about that. Over the long term, and at any scale, the only way to fund these public programs is through public investments. Full and total stop.

Now if you are me, you have more leverage, you have more control, you have more independence if you are raising private money. That is terrific. You don’t have to report to a legislature, or a voter, or anybody else. There are institutions that exploit programs like Pell, either for profit or not-for profit institutions that provide programs that don’t really take into full account the interest or ambitions of their students. That happens. But I just want to say that we are extremely excited and very proud that for the first time in 25 years since the Crime Bill, there has been bipartisan legislation to restore Pell eligibility for incarcerated people that is due in large part to Senator Brian Schatz from Hawaii and Mike Lee from Utah.

We anticipate that it will become law in one form or another in the next year or year and a half, and that is a terrific thing for the country. The fact is, when education was eviscerated in our prison systems, the pretense that our Department of Corrections was about anything corrective or rehabilitative was washed away. If there is going to be hope and purpose, or any positive value in these places that we invest so many resources in, college is the place to start.