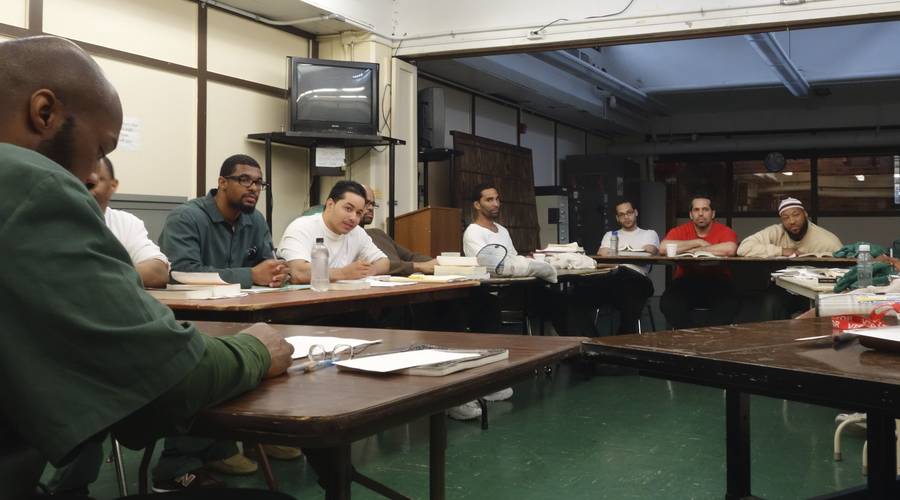 In a ground floor classroom, dark but for the glare of fluorescent lights, about a dozen men are discussing “The Odyssey.” They’re talking about the part where Odysseus comes home after being away for so long.

It’s hard not to imagine that the story has an added poignancy for them, students in the Bard College program at the Woodbourne Correctional Facility, a medium-security prison inupstate New York.
Earlier this spring, New York Governor Andrew Cuomo presented a new plan for higher education. Citing the cost savings of preventing recidivism and helping newly released inmates find jobs, he said that New York planned to set up—and fund—college programs at 10 prisons around the state. Soon after, though, some New Yorkers began complaining that it was unfair for the state to fund education for prisoners, when many middle class families are struggling to pay for college. The plan was dropped.
But the Bard Prison Initiative has been offering college courses — and degrees — to prisoners around New York State since 1999.

It may sound abstract, said BPI’s founder and director, Max Kenner. But he thinks a liberal arts education is a better investment than many vocational training programs.

“Nothing prepares people for the challenges of the workforce like a liberal education,” he said. “Liberal education is the best vocational education we can provide, because it trains people to respond to the dynamics of their circumstances.”’