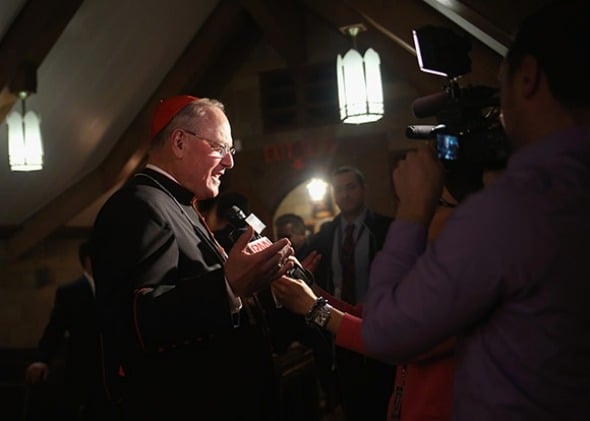 This past Saturday, 53 inmates at Eastern Correctional Facility, a maximum-security prison in upstate New York, were awarded college diplomas as part of the Bard Prison Initiative, a program that enables convicted felons to take courses and earn degrees while incarcerated.

Among the graduates were newly minted experts in advanced math, literature, and social studies who had written senior papers with titles like “The Artistic Excursions of Thomas Hardy” and “Combinatorial Game Symmetry: Encountering the Odd Multiple of K.” As they walked across the stage in the prison auditorium, their olive-green uniforms concealed under flowing robes, family members and friends cheered from their seats. Guards assigned to monitor the event stood by chewing gum and listening to their burbling walkie-talkies.

At one point, a young man who has been incarcerated since he was 16 on a second-degree–manslaughter conviction delivered a speech about how profoundly his life had changed when he was accepted into the Bard program five years into his sentence. He quoted Dostoevsky, whom he called his favorite storyteller, saying that “the degree of civilization in a society can be judged by entering its prisons.” At the end of his remarks, he broke into a sob as he addressed his father, who was sitting in the audience alongside his mother and two siblings. “I’m sorry I have dishonored our family. I’m sorry for having put you through such unbearable pain,” the man said. “But today, let us smile. We have cried too long.”

That moment may have been the emotional climax of the morning’s proceedings. But what distinguished Saturday’s ceremony from the 11 others that the Bard Prison Initiative (BPI) has staged since its founding in 1999 was less about emotion and more about politics. It concerned the day’s commencement speaker: Instead of a bleeding-heart liberal with a history of agitating for criminal justice reform, the person who addressed the inmates this morning, and received an honorary degree alongside them, was Cardinal Timothy Dolan, the Archbishop of New York, and one of the most influential conservative figures in the state.