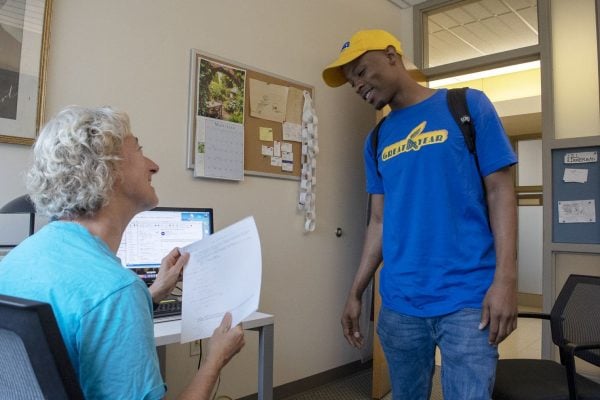 Six years ago, two prison cellmates became, to their surprise, college roommates. Donte Small was doing time at Maryland Correctional Institution in Jessup for assault with a handgun. Sanford Barber was in for involuntary manslaughter. Both were looking constantly to improve themselves.

One day, Barber saw a flier advertising college courses. He signed them both up to apply. They had to interview and write letters to get in. Small wondered: “Could I make it in college? Is this possible? Is this really a thing?”

They were accepted for Goucher College’s inaugural classes at Jessup in 2012. The two men proofed each other’s papers, talked about assignments, took turns at an improvised desk in the cell with a toilet seat as the chair.

They sought, Barber said, “to motivate each other, uplift each other.” In one class they studied the Thirteenth Amendment, which ended slavery and involuntary servitude, and pondered the exception in it that allowed those measures as punishment for a criminal conviction. “Blew my mind when I read it,” Small said.