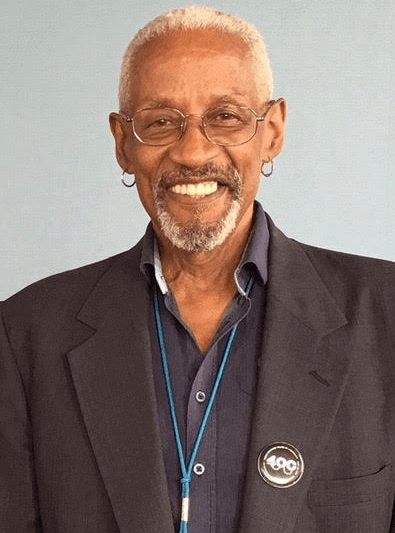 This reflection by Dr. Bob Fullilove is part of the Community Voices op-ed series for the BPI Public Health Journal. Throughout the COVID-19 crisis,  BPI alumni, staff, and faculty and Bard Microcollege students will be posting reflections about their work, studies, and response to the virus here on the BPI Blog.

In the past, police reform (a classic oxymoron) has been the province of policymakers who wanted to use the courts and the other institutions of law and order to redo the police. But what if the issue were approached from the field/lens of public health? Public health provides a very different angle for approaching and implementing reform that has as its primary goal the elimination of police violence against the individuals and communities the police are sworn to serve and protect.

The science of public health has developed substantially over the course of the last 100 years. It embraces notions of health, sickness, and disease that go far beyond efforts to locate human wellness in the structure and anatomy of the human body. Social, economic, and political forces contribute substantially to the factors that impact health. If violence begets suffering that, in turn, begets disease, police violence in all of its forms belongs in the domain of public health.

The book From Enforcers to Guardians: A Public Health Primer on Ending Police Violence, published this past January, preceding the recent widespread calls to reform or transform policing in the United States, offers invaluable guidance at this crucial moment. Authors Hannah Cooper and Mindy Thompson Fullilove use a public health “frame” to demonstrate the connection between police violence in the United States and public health efforts to promote health and prevent disease. The connection might not appear obvious at first. Readers may question why the courts and other institutions of law and order are not the first line of defense in the face of such violence. However, as the authors note at the outset: “The public health framing that we propose here challenges all of us to recognize that the suffering created by excessive police violence extends far beyond deaths to include experiences with police sexual violence, psychological violence, neglectful violence, and nonfatal physical violence.” 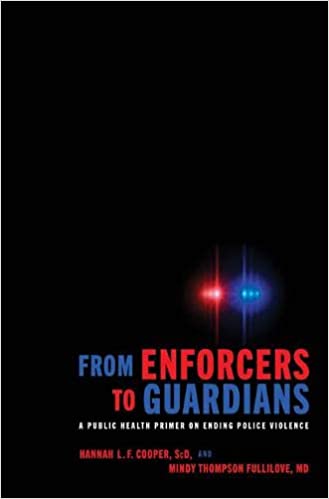 The most obvious starting point for understanding police violence is with its victims. Such violence is not random. Not everyone in the US is vulnerable. As contemporary newspaper headlines do not cease to remind us, the weight of such victimization falls heaviest upon young black men. And though this proposition might be debated, what puts these persons at risk is not their gender as much as their membership and their residence in a community that has been monitored and hyper-policed since its creation. Black males and the community to which they belong are the objects of 401 years of efforts to control them and minimize any threat they might present to the system of power that enslaved their forebears. The authors are clear at this juncture in citing the work of Patricia Fernandez Kelly that marginalized communities do not experience the benefits of a powerful group whose mission is “to protect and serve.” What they will receive instead is a “distorted” form of policing that uses violence as its most obvious tool to maintain the social order and to protect the privilege of those in power.

And what solutions does From Enforcers to Guardians offer? The somewhat surprising answer is to “engage the problem as public health has engaged the challenge of…schistosomiasis!” The schistosome, which kills more than 200 thousand persons worldwide every year, is a canny foe. Its impact on human health involves a parasitic invasion that impacts multiple organs of the body. It is a waterborne parasite that exploits weaknesses in modern engineering efforts by thriving in poorly constructed dams. The parasite and the suffering it provokes cannot be controlled by medications and medical treatment alone. As the authors point out, there is no “magic bullet” that can serve as a solution. Many different institutions must be engaged to control the parasite, disrupt its reproductive cycle, treat the ill and infirm, and prevent future exposures. Rather than create one magic bullet, the solution lies instead with a “magic strategy” that coordinates the deployment of multiple resources.

What can? As the authors note, a  multi-system approach: To move away from distorted policing, the magic strategy we propose addresses three major areas: preparing police forces to end distorted practices and enact public safety for all people, thus bringing everyone into the protected circle of guardianship; protecting civil rights and the Constitution; and overcoming the resource deprivation of marginalization

The movement to defund the police is part of this attempt to end distorted practices. The budget funding that most urban centers allocate to policing comprises the largest of all expenditures. Supporters of defunding begin with the proposition that police funding might more profitably go to confront housing and homelessness or to the improvement of education or to the creation of new jobs or to the support for appropriate access to and provision of medical care and mental health services. Calls for police defunding contend that the use of police forces to manage problems that arise from homelessness, mental illness, poor education, and a lack of appropriate social and medical services exceed the purpose of policing and ultimately threaten the public’s health and wellbeing.

Here’s hoping that recasting the problem of police violence as an issue that impacts the health of communities, not just the individual’s rights, will hopefully bring new players into the game. The moment for a change in the game is upon us.