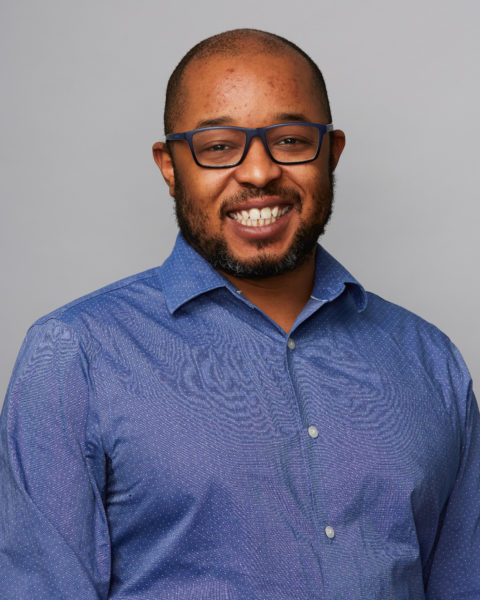 This scholarship by historian and BPI Faculty Advisor Kwame Holmes was first shared as part of the Bard College “Ask an Expert” series and has been reproduced as part of the Community Voices op-ed series for the BPI Public Health Journal. Throughout the COVID-19 crisis,  BPI alumni, staff, and faculty and Bard Microcollege students will be posting reflections about their work, studies, and response to the virus here on the BPI Blog.

For months epidemiologists believed that the first two people to die from COVID-19 in the United States were a Seattle couple who lost their lives on February 26th. In late April though, researchers in Santa Clara, California performed a posthumous autopsy on the bodies of two people who had died, in their homes, earlier that month. Those tests indicated a positive result for COVID-19. Santa Clara medical officials told the New York Times that the couple had not been in contact with medical institutions, which meant the virus “was probably around unrecognized for quite some time.”1

The official in question, Santa Clara county executive and MD Jeffrey V. Smith, likely meant that the virus’ reproduction and transmission had been unrecognized by medical institutions. Still, his choice of language makes it possible for us to center questions of recognition, and here I mean the social and political recognition of individuals and groups, into our assessment of the nation’s ability to reduce the spread of COVID-19 in the long-term. I write here from a place of partial expertise. Like so many of us, I have become a makeshift epidemiologist, consuming research about reproduction number, contact tracing and flattening curves to give substance to my speculations into the hows and whens of a return to normal. What I do know, as an historian of Black, feminist and queer social movements—and as someone who understands the HIV-AIDS epidemic as essential to the historiography of recent American history—is that social stigma profoundly impacts who seeks recognition from medical caregivers and those disparities distort our ability to know who has become sick, who has passed away and when.

We can learn hard lessons about the impact of social stigma on death reporting from the history of the HIV/AIDS epidemic in American cities. While conducting research on queer politics and community in post-civil rights Washington, D.C., I encountered the same problem all historians of this era face, how to account for the impact of the epidemic upon urban life with an incomplete record of AIDS mortality. In 1981, D.C.’s Whitman Walker—now one of the most well-funded public health institutions in the country— was a gay men’s health clinic operating out of the basement of a unitarian church in Georgetown. Like its peers, Whitman Walker used education to discourage suicide, treat alcoholism and limit the spread of venereal disease, but were unprepared to respond to a life-threatening infection spread through sexual contact. Community clinics were decentralized by design and offered their clients anonymity at a time when public homosexuality remained taboo. Still, what offered anonymity also hindered the mass-aggregation of data necessary to mount a public health response to the AIDS epidemic. When clients became seriously ill, Whitman Walker could only make referrals to mainstream doctors who worked in a health system reluctant to keep track of what was suddenly afflicting gay men. As a result, though the CDC maintains a comprehensive database of infectious disease mortality, historians and epidemiologists studying the AIDS epidemic can only estimate the death rate prior to 1987. Here, homophobic stigma means we can never know the thousands of Americans who passed away from AIDS-related complications before the systematization of CDC record-keeping.

1987 was also the first year that activists displayed the AIDS quilt on the national lawn, part of a culture of public memorialization that signaled increased awareness of white urban gay men who were dying of the disease. For other urban constituencies, intravenous drug users, sex workers, Black men who have sex with men (MSM) and Black women, the shift in CDC policy did little to slow infection and mortality rates. For these groups a different set of social stigmas and historic injuries discouraged them to seek testing and medical care. Sex workers and IV drug users, for example, began contracting AIDS at the height of the War on Drugs. Many chose to die at home rather than risk being reported to the police by hospital personnel should they seek out treatment. A shocking report by the Washington Post in 1987 found that 80% of recently arrested inmates in the city jail had tested positive for AIDS. 2 Unquestionably, many more individuals living among criminalized populations became sick and passed away in anonymity.

Even before AIDS, Black Americans’ vexed relationship to death reporting took shape in response to competing interests; the historic impulse to expand Black representation in those official “counts” that organize the distribution of public resources and historic mistrust of medical (and medicalizing) institutions that have inadequately distributed care to the Black body.3 AIDS exacerbated those tensions by forcing the integration of intra-racial worlds that had been kept apart by dissemblance and discretion surrounding sexuality.

In the years between Stonewall and the AIDS epidemic, Black MSM differentiated from their white counterparts by forming an ambivalent relationship to the politics of recognition.4 Whereas white gay men and lesbian activists directed their pursuit of liberation through the metaphor of the closet, Black queer urbanites—many of whom were not recent migrants to large cities—refused an absolute choice between “coming out” to a new chosen family and participation in their normative family life. Blacklight, one of the nation’s first Black gay and lesbian publications, frequently chronicled Black Washingtonians who danced at Black gay bars on Saturday while attending church and post-church family meals on Sunday. Indeed, many Black MSM established a friendly detént within their families, one predicated on nonrecognition and which asked all involved to maintain the public fiction of–if not heterosexuality–a kind of non-homosexuality.

Unfortunately, however these arrangements made life livable for Black MSM, multiple kin networks presented an epidemiological challenge in death. When Black MSM Washingtonians died from AIDS, it could set off a battle over how the death would be recorded, with biological family seeking to withhold AIDS as a “cause of death” from death certificates and chosen kin seeking to report the truth of a victims life in their death.5 As the epidemic spread to Black cis women mistrust of the medical system further discouraged accurate reporting. As a result, despite the fact that the D.C.’s Black population stood at 65% in the 1990 census, only 42% of death reports between 1987 and 1990 that were coded as “Human immunodeficiency virus infection” listed the race of the victim as Black. 6 There is then, as there is within the Middle Passage, the domestic slave trade, the lynching era, a gap; an unknowable and unrecognizable tally of Black death that hinders our attempts to apply rational historicist or epidemiological means of ascertaining the truth.

Many commenters have pointed out there are major differences between the AIDS epidemic and COVID-19. COVID-19 is not spread through socially stigmatized behaviors like IV drug use or sexual contact, nor is it relatively isolated to those communities that the majority believes are a moral hazard to “normal” society. Nonetheless, the same structural inequalities that slowed the nation’s response to HIV-AIDS, particularly among communities of color, persists within this pandemic. For working-class people of color today, a COVID-19 diagnosis could force them from work at a time when many Republican and Democratic governors plan to limit welfare benefits. There is then a profound incentive to remain closeted, to refuse to seek out medical treatment, perhaps even to conceal evidence of a diagnosis as a survival strategy. We have seen the evidence of this in Black population centers all over the country, from New York to the Mississippi Delta. Where the healthcare system is overrun, there have been hundreds of deaths “at-home,” and it is not conjecture to speculate that racial minorities are overrepresented among that number.

Because government agencies generate mortality statistics in collaboration with medical practitioners, their patients and bereaved families, those social hierarchies that disrupt healthy relation amongst individuals and between individuals and the state, can cripple the accuracy of death reporting amidst a pandemic. Our failure to recognize these dynamics places ever-more Americans at risk, and slows our ability to return to “normal.”

Kwame Holmes is a Faculty Advisor with the Bard Prison Initiative where he facilitates Senior Project research and study skills curriculum. He is also scholar-in-residence in the Human Rights Program in Annandale.

5 Darius Bost, Evidence of Being: The Black Gay Cultural Renaissance and the Politics of Violence(Chicago: The University of Chicago Press, 2018). Barbara Smith, “We Must Always Bury Our Dead Twice: A Tribute to James Baldwin,” in The Truth That Never Hurts: Writings on Race, Gender, and Freedom (New Brunswick, NJ: Rutgers University Press, 2000), 79–80. 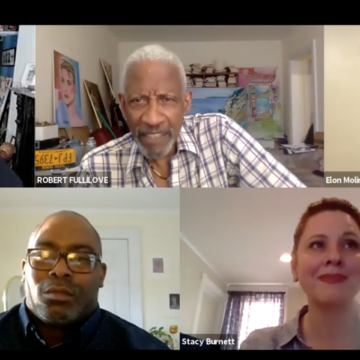