BPI Alumna Tamika Graham ’17 issued this call for correctional staff in NYC jails to join in support of justice reform efforts in the COVID era in this opinion piece that was published in the Queens Daily Eagle and is reproduced below. 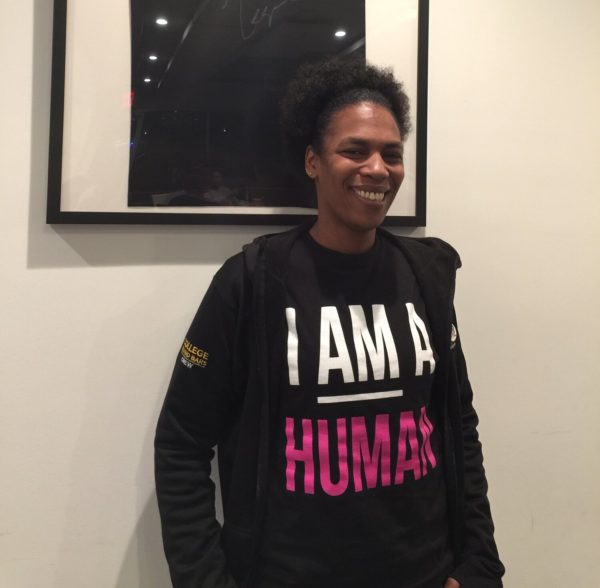 Booker T. Washington famously said, “You can’t hold a man down without staying down with him.”

I thought of this wisdom last month, when I read an interview with Elias Husamudeen, president of the Correction Officers Benevolent Association, in which he opposed releasing people from jails during COVID-19, insisting that they are “there for a reason.”

Correctional Health Services and the New York City Board of Corrections have warned that reducing the jail population is necessary to slow the spread of the coronavirus on Rikers Island.

Then I watched as the infection rate on Rikers grew to more than seven times the rate in the rest of New York City. The virus, it turned out, did not recognize the divisions that COBA’s leadership has sought to emphasize. To date, over 1,000 correction officers have tested positive for COVID-19, and eight have died.

Those numbers exceed the 369 current infections and three deaths among people in the custody of the Department of Corrections. This month, correction officers sued as they were forced to work 24-hour shifts — an inhumane practice that is dangerous for them and for people in custody. It’s reasonable to think that if there were fewer people in the jails, it would be less likely that officers would have been asked to do this, though the practice is unacceptable in any circumstance.

What if correction officers, and their unions, were able to finally recognize what COVID-19 seems intent on showing them? By that I mean, the shared humanity of people who are held in jails and the people who work in them, and the shared benefit that could come from taking a much different approach.

One thing I distinctly remember from the time when I was incarcerated on Rikers is that when I looked around at my jailers, they mostly looked just like me. Like many people of color in New York City, my family has seen both sides of the wall — I have siblings, uncles, aunts, and cousins who previously and presently work for the New York City Department of Corrections.

About 80 percent of NYC correction officers are people of color, and many officers come from the same neighborhoods as people in custody — neighborhoods in East Brooklyn, Upper Manhattan, the South Bronx, Southeast Queens, or the North Shore of Staten Island that have suffered decades of disinvestment. In our communities, many people have not had access to higher education opportunities that give them a chance at a wide range of living-wage jobs. For many New Yorkers of color, the path into the middle-class with a high school diploma and an associates degree has been corrections and not much else.

The decisions that created that reality were not made by correction officers, or even their unions. But COBA has fought hard to maintain this status quo. They have lobbied against criminal justice reforms that would reduce incarceration and free up funds to invest back into communities that have been targeted and criminalized.

They have argued to expand the use of punitive practices like solitary confinement, despite the ways that this deprivation drives more violence in jails. They’ve even organized against projects to improve the physical environment of jails — and along with that, their own work environment.

Correction officers in New York City right now face a pivotal choice. Will they invest themselves in maintaining a system that puts them at risk (on a toxic island, in this case), starves their communities of resources, and limits their own work opportunities? Or will they join with people advocating for a transformation? By shrinking the jail system and moving cost savings into the kinds of resources and services that truly create safety, we also have the opportunity to pursue a just transition that could create new living wage jobs in the areas where we need them, and support correction officers with training and counseling to get those jobs.

Union leaders may remain committed to upholding the criminalization of Black and Brown people, even against their members’ best interests, but correction officers may increasingly come to see there is a different path — one that could benefit both them and the people they’ve been charged with guarding.

Tamika Graham is a formerly-incarcerated leader and canvassing director with JustLeadershipUSA.