BPI government affairs officer, Dyjuan Tatro ’18, argues that felony disenfranchisement should be understood as a racist mechanism of voter suppression. This blog post was originally posted by the Vera Institute of Justice and is reproduced below. 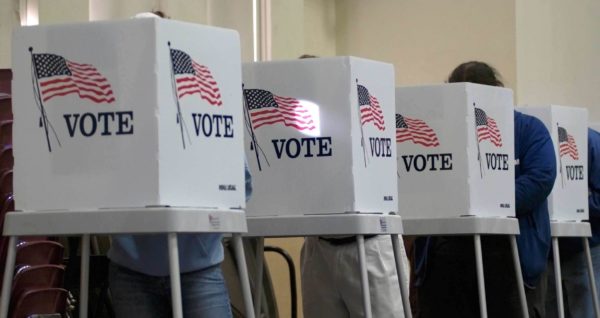 I was released from New York State prison, after 12 years, in August 2017. Over the course of the next year, I finished a degree, found a job, paid taxes, and became an active member of my community. But I couldn’t vote. Felony disenfranchisement had stripped me of that fundamental right.

On April 18, 2018, Governor Andrew Cuomo signed an executive order restoring voting rights to formerly incarcerated people on parole. I will never forget the day my parole officer handed me my conditional pardon papers. From then on, I made it my responsibility not only to vote, but to understand the issues and research each candidate’s platform. But as I became more politically engaged, I became increasingly frustrated with the realities of felony disenfranchisement. It was great that 35,000 formerly incarcerated people in New York could vote, but what about the nearly 50,000 people still sitting in the state’s prisons? What about the fact that felony disenfranchisement disproportionately impacts Black and Latinx New Yorkers? Seventy-one percent of disenfranchised parolees in 2018, like me, were Black and Latinx.

But the problem is so much bigger. Research shows that, as of 2016, 6.1 million American citizens were disenfranchised due to felony convictions. Black Americans are disenfranchised for felony conviction histories at rates more than four times those of all other races combined: more than 7 percent of Black people have been disenfranchised, compared to just 1.8 percent of people from all other races. These numbers are alarming, but in an election year, they should be frightening.

More recently, I was stunned by the general uproar over the impact President Trump’s gutting of the U.S. Postal Service could have on the coming election, in contrast to the peculiar silence on felony disenfranchisement. It became clear to me that voting as a fundamental right, like everything else in America, is coded by race. In fact, when we talk about felony disenfranchisement in relation to voter suppression in this country, we are having a coded conversion about race and racism. It comes as no surprise to me that Americans often defend prisons with the same vigilance as they defend the post office. I am almost certain that if felony disenfranchisement were having a disproportionate impact on white votes, Americans would not sit in comfortable silence about it.

Whole categories of people in this country have been wiped from the voting rolls, and America has been silent. Even in New York, the best we could do was to restore voting rights through executive action. The political will was not there to change the laws. In 2018, Florida voters, spurred by the work of people like Desmond Meade of the Florida Rights Restoration Coalition, successfully passed Amendment 4, which restored voting rights to 1.4 million people in that state with felony conviction histories. The legislature then passed SB 7066, a modern-day poll tax, requiring people to first pay criminal justice fines and court fees before they could exercise their right to vote. A federal court of appeals has upheld that law, even though Florida has no systematic way of identifying who owes such fines and fees. The decision will prevent an estimated 774,000 Floridians from voting in the 2020 presidential election. That’s enough people to change the outcome. That Michael Bloomberg has raised $16 million to pay off fines and fees on behalf of some 32,000 of those potential voters in Florida underscores the centrality of this issue in American politics.

These days, it is with a heavy heart that I walk into a polling station. I must acknowledge that I am not only there to vote for my candidates of choice, but also to cast a vote in solidarity with my disenfranchised brethren. We are American citizens whose votes matter. Tell your legislators to start counting our votes.

Dyjuan Tatro is the government affairs officer at the Bard Prison Initiative (BPI). As a BPI alumnus, he leverages his education and experience to shift public policy in favor of expanding college in prison.

For more information and resources on voting rights for people with felony convictions in New York State, check out this blog post 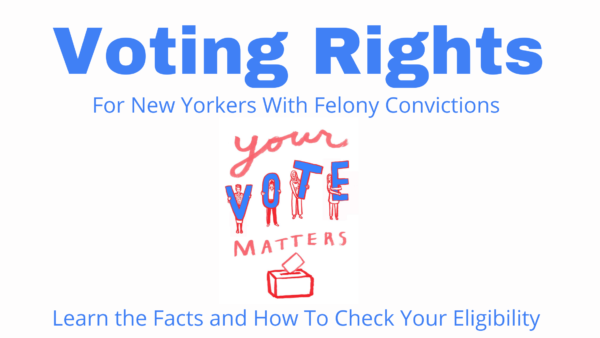