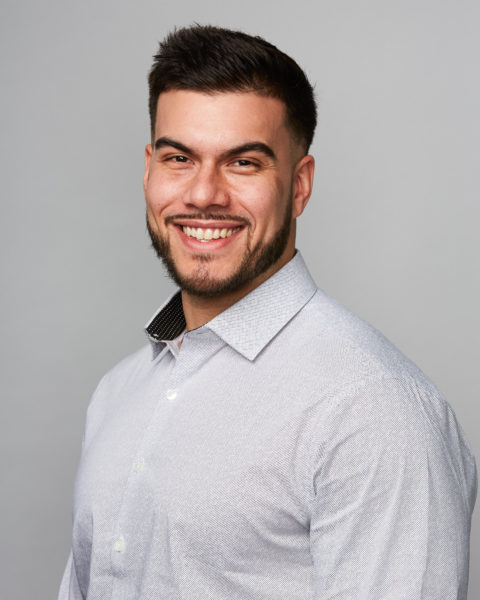 This reflection by Alexander Hall ’17 is part of the Community Voices op-ed series for the BPI Public Health Journal. Through the COVID-19 crisis, BPI alumni, staff, and faculty will be posting reflections about their work and response to the virus here on the BPI Blog.

COVID-19 has fundamentally altered the way we live. And my heart is heavy when I think about all of the people we have collectively lost. In the face of so much tragedy, it’s tough for me to reconcile feeling so joyful. But the truth is that this pandemic has given me the best gift I could have ever asked for: it gave me my dad back.

My dad was arrested in 2009. He was 70 at the time. He pleaded guilty in federal court to two financial crimes, bankruptcy fraud and wire fraud. He’s no Bernie Madoff; I assure you, but his judge, Richard J. Sullivan, treated him like he was. Sullivan, according to the Wall Street Journal, is the kind of federal judge known for dealing out lengthy sentences and using expansive legal interpretations to do so. Sullivan sentenced my dad to the maximum term allowable under the law: 20 years in prison, a term he told my dad was, “far beyond your life expectancy.”

At this time, I was 4 years into a prison sentence of my own. And for the first time in my life, I had to question whether I would ever see my dad again. I still had a decade left in my sentence, and he was 70 after all. The idea of never seeing my dad again hurt, but the idea that he might die in prison hurt more.

He stayed strong. He’s 81 today. When I was released in 2018 I got to hear my dad’s voice for the first time in 10 years. A few weeks later I finally got to wrap my arms around him. The fear that I might never see him again faded, but the idea he might die in prison never did,

Before COVID-19, it still hadn’t. He still had 6 years to go. But when I realized the severity of this virus and how vulnerable he was, I also realized that this may be a unique opportunity to get him out. So I wrote to anyone who would listen. With the help of my godsister and my sister, I contacted attorneys, congressmen, senators. I even tracked down his prosecutor. I filed a petition for compassionate release for him, and my sister called and emailed every number at the prison she could find. She was relentless.

Every time my dad would call, I felt so bad that I couldn’t do more. He called me 13 days ago and with a heavy heart, I said, “I’m sorry you’re still stuck in there, but believe me I’m working, man.” He said, “no! You did it. You did it, my son. They’re letting me go. I go on 14-days quarantine tomorrow.” I was happy, just happy, so happy I didn’t know what to do. I called my sister, and she didn’t believe me, but when she realized this was real, she just wept. I guess it hadn’t quite set in for me that this was really happening, but when I hung up the phone, I cried in a way I can’t explain. You know that quiver cry you just can’t hold? The one you can’t explain? The one you have to feel to know? Well, that was me, all 230lbs of me cried like a baby. It’s a good thing I was alone. This might have ruined my reputation.

My dad said, “you did it.” I don’t know if “I” did it. I don’t quite know what did it, but it doesn’t really matter. I got my pat’na back. He’s quarantined right now with 100 people. For the BOP, quarantine means putting people in the box on a 23-hour lockdown, double-bunked. Some quarantine, huh? I’m worried about him in there, and I don’t know what kind of precautions the facility is taking. But I know one thing, my dad won’t die in prison. And for that, I’ll be forever grateful.

Alex Hall ’17 is BPI’s Housing Associate and owns a gym in Long Island City. He earned his bachelor’s degree through BPI from Bard College in 2017.