As College Behind Bars puts a spotlight on the issue of college in prison, 25 years after the removal of Pell Grants for people in prison, BPI Alumnus Darren Mack ’13 shares his thoughts on higher education’s role in criminal justice reform and the value of public investment in college in prison. This op-ed, reproduced below, first appeared in The Hill

As I walked across the stage this year to graduate with my MSW at Hunter College, I thought about the incarcerated people I’ve left behind — especially those who grew up in any of the seven communities where over 70 percent of New York’s prison population come from. I was one of them.

This year, the infamous Omnibus Crime Bill turned 25 years old. Advocates for criminal justice reform point to the 1994 legislation — from the massive investments in the expansion of policing and prisons to the harsh sentencing laws — as greatly exacerbating mass incarceration in the United States. According to the Bureau of Justice Statistics, there were about 900,000 people incarcerated in state and federal prisons in 1994. Over the next two decades, the prison population exploded to more than 1.5 million.

For incarcerated people, it also meant the demise of arguably one of the most transformative programs in prisons: the opportunity of post-secondary higher education. The 1994 Crime Bill banned access to Pell Grants (which help people struggling to afford higher education) for people behind bars.

I arrived in New York State prison at the beginning of the government’s decimation of college in prison programs. In 1992, at the age of 17, I was arrested, charged as an adult, and sent to Rikers Island jail complex when the population was over 20,000. During my 19 months on Rikers, also known as “Torture Island,” I quickly earned my G.E.D., yet had no access to post-secondary higher education. In 1993, I was sentenced to 20-to-40 years in New York State’s prison system. The following year, access to higher education ended with the ban on Pell Grants for incarcerated students. For me, this was another example in America’s legacy of excluding marginalized populations, specifically Black people, from education.

This is the 400th anniversary of the year the first enslaved Africans reached American shores, and I would be remiss to not see the historical connection to overt anti-literacy laws in this country. Southern slave-holding states were more explicit in enacting such laws, but Northern states actively barred Black people from education too. From Jim Crow segregation to the New Jim Crow of mass incarceration, our country must undo these legal forms of discrimination.

We must break from the tradition of excluding people from access to education. Instead, we should be thinking about ways to expand access to everyone.

Access to higher education was one of the catalysts to my own activism. Despite the lack of Pell Grants, I was one of roughly 1,000 students who have had the chance to enroll in a Bard College degree program through the privately-funded Bard Prison Initiative (BPI). My experience in the Bard Prison Initiative was rigorous, thought provoking, and motivational. It was in a U.S. Women’s History course, taught by my favorite professor, Dr. Delia Mellis, BPI Director of Program and Faculty Development, where I learned about the 1911 Triangle Shirtwaist Factory fire in New York City. This tragic event ignited young immigrant women like Clara Lemlich, Pauline Newman and Rose Schneiderman to ramp up their organizing for the improvement of labor conditions and suffrage. I learned from this history that no matter how marginalized, directly impacted people can directly impact the problem.

In 2016, after returning home to New York City, I joined the campaign to close Rikers Island. Closing Rikers went from being called a “noble concept” by New York City Mayor Bill de Blasio to a realistic plan. Last month, the New York City Council voted to shutter Rikers and downsize from 12 jails across the city with the capacity to incarcerate 15,000 people to four borough-based facilities with a maximum capacity of 3,300 people. This is a monumental decarceration plan in the biggest city in the country.

I’m proud of that effort, and my own experience has taught me that access to higher education in prison can be transformative. States like Pennsylvania, which created a “Second Chance Pell Pilot Program” in 2016 that has been extended through 2020, understand this.

Every year thousands of men and women are released from prison. The question now is how do we want people to spend their time in prison preparing for that day when they’ll be free?

It’s time to support the REAL ACT and re-open Pell Grants to all eligible incarcerated people.

Darren Mack is Director of Community Engagement and Advocacy at JustLeadership, an organization dedicated to ending mass incarceration. He earned his Bachelors Degree through the Bard Prison Initiative, the subject of the new PBS documentary series “College Behind Bars.” Follow him on Twitter @DarrenMack718 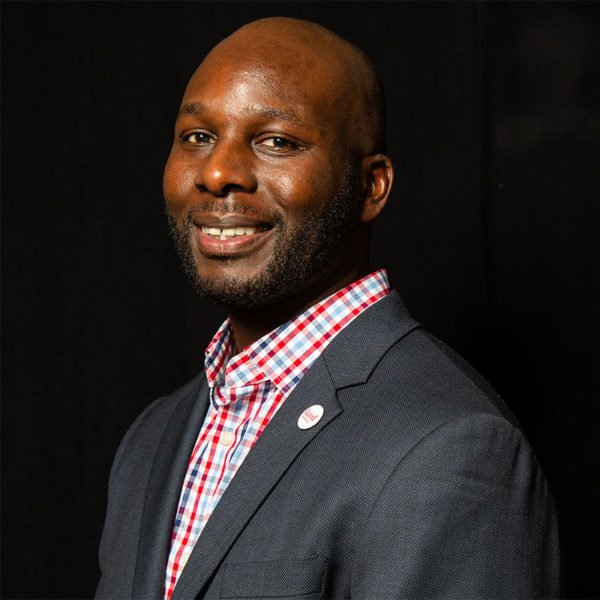